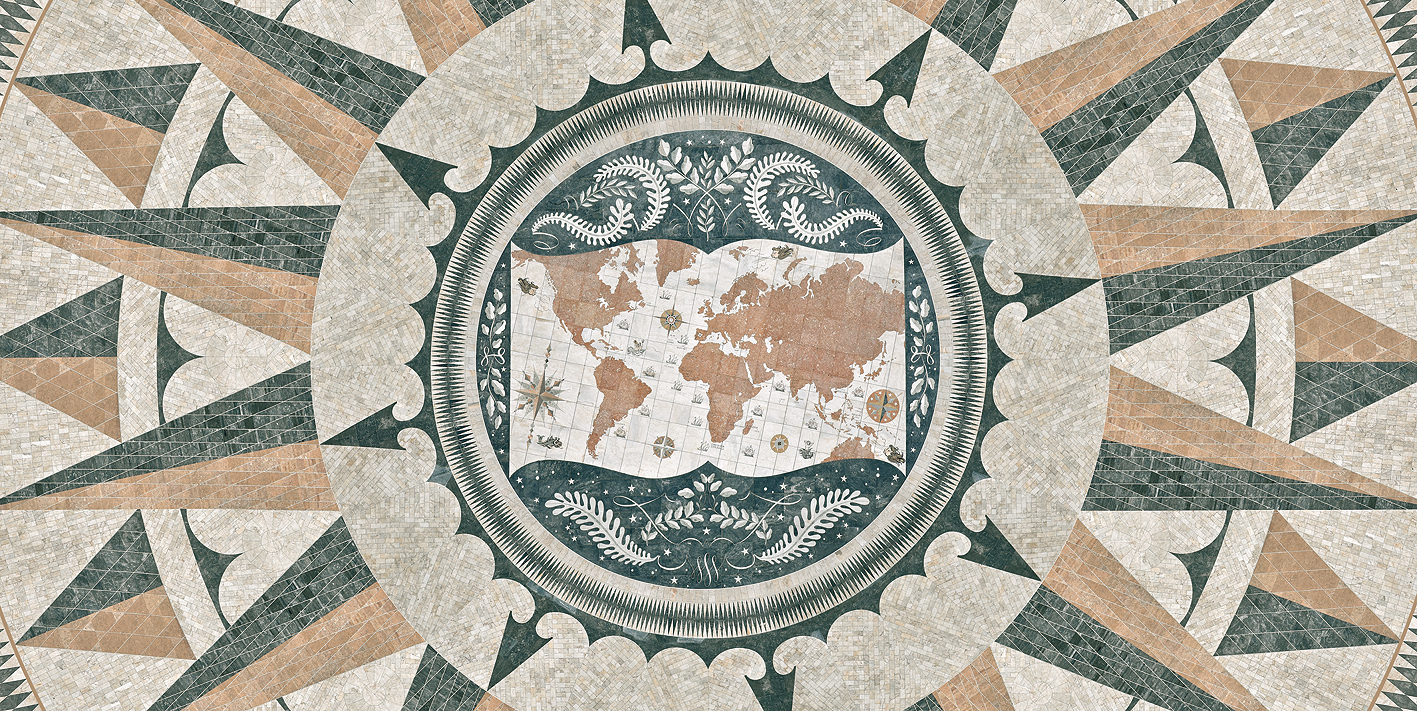 A compass rose adorns the square in front of the Monument to the Discoveries. Made of black and red lioz limestone, it has a 50 m diameter and contains a 14 m-wide planisphere decorated with vegetal elements, 5 small compass roses, 3 blowing faces personifying the wind, a mermaid, a mythical fish and Neptune with a trident and a trumpet, riding a marine beast. Dates, ships and caravels mark the main routes of the Portuguese expansion between the 15th and 16th centuries. The background consists of ‘open sea’ waves, a motif commonly used for the typical Portuguese cobblestone pavements. The compass rose was designed by architect Luís Cristino da Silva, and bestowed by the Republic of South Africa, which joined in the commemorations for the Infante. Inaugurated on 5 August 1960